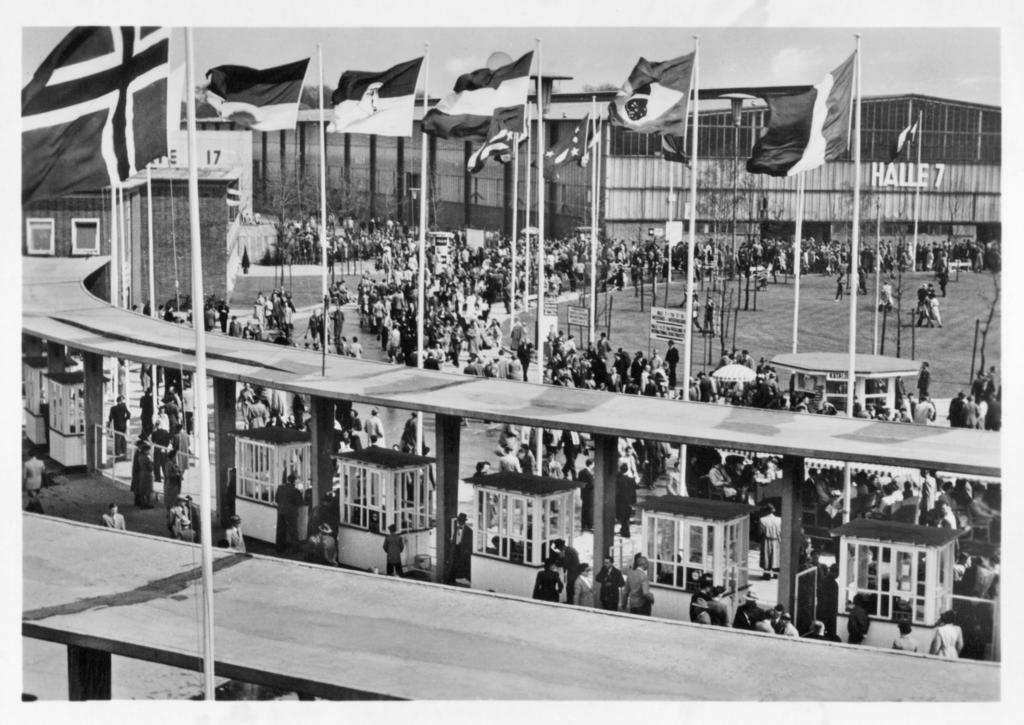 Before we make our first appearance at Hannover Messe 2022, we took a look at why the Messe is the world's most important industrial technology fair. Read on to learn about the history of the Hannover Messe.

Hannover Messe is the largest industrial technology fair in the world. Each year it attracts roughly 6500 exhibitors and 250000 visitors, from all over the world. It’s a must-attend event for industry’s decision makers; it’s a chance to connect with the industries of the future.

But in its first year, guests called the fair the Fischbrötchenmesse (fish sandwich fair). That doesn’t sound like the most important fair in the world for industrial technology—or anything but fish sandwiches. And it shouldn’t. Hannover Messe’s origins are humble—rooted in destruction and poverty, far from any celebration of industry or technology. The story begins in post-war Germany.

Before the Hannover Messe

In August, 1945, the war in Europe was over. Given the unprecedented scope of destruction, the threat of renewed aggression in Europe, and the ongoing war with Japan, the Allies adopted a clear demilitarization policy in Germany. This included dismantling all heavy industry capable of contributing to any war effort. Germany’s prior mobilization towards total war, meanwhile, had effectively oriented all industry towards war production. For the next two years, the Allies dismantled and destroyed hundreds of German industrial facilities.

These were lean years. European productivity focused on rebuilding. Across the continent, the economy failed to rebound. Agricultural production in Germany declined, necessitating food rationing. The Allies saw that this situation wasn’t ideal for maintaining peace and stability—it was clear that the plan adopted at the end of the war had to change.

“An orderly and prosperous Europe requires the economic contributions of a stable and productive Germany” —General Lucius D. Clay, US Army, administrator of occupied Germany

In August, 1947, the Allies reversed course on industry in Germany. In Hannover, the British occupiers saw the value in holding an industrial fair. Together with the Lower Saxony economy ministers, they established the first Hannover Messe—then called Exportmesse (Export Fair), but already using its trademark Hermes logo—in a collection of aircraft hangars south of the city. They even exempted the fair from food rationing. Visitors gorged on fish sandwiches. The Fischbrötchenmesse was born.

That fair was a success. It contributed to the revival of German industry—but it wasn’t alone. Once controls on German industry lifted, a number of factors favorable to economic development came together in a perfect storm: a skilled population, access to technology, high capital investment, and timely reforms. The result was an economic miracle, and a miracle for the Hannover Messe.

The war and deindustrialization efforts had left the German economy as something of a blank slate, ready to come to life. The skilled labor pool, growing thanks to deportations from Eastern Europe, was ready to work. Factories had been destroyed, but that presented two sides of a blessing in disguise: there was nothing to maintain, and nothing to buy. There was, therefore, nothing to do but invest in new industry.

Upon this blackboard, Ludwig Erhard sketched out a map for Germany’s economic renaissance. This called for two measures: a new currency, the Deutsche Mark, which would maintain export prices while wiping out debt; and an end to price controls implemented in the 1930s. Almost immediately following these reforms, profits on exports surged and consumer goods reappeared in German shops.

Soon after, the Americans introduced the Marshall Plan—an expansive program to restore the European economy through economic stimulus and modernization. Over the next two decades, economic miracles unfolded across Europe. In Germany, the Wirtschaftswunder was especially pronounced; industry flourished—and so did the Hannover Messe.

By 1950, the Exportmesse had to broaden its scope beyond export industries. Industry in Germany was back, increasingly producing for an increasingly affluent domestic market. That year, the fair even included a whole new section dedicated to what they called Büroindustrie (office industry).

In response to the growth and fracturing focus, the Messe split, into the Export Fair, and the German Industry Fair. A few years later, the two sides of the fair reunited under the latter’s name. That lasted until 1961, when the Messe again changed its name to the name we all know—Hannover Messe. This was, by then, the name the world knew; the change of name reflected Hannover Messe’s stature and an established awareness of its brand as an industry fair. There was no longer any need to spell it out.

In 1958, Hannover Messe completed their first landmark: the Hermesturm, an 88-meter-high tower and observation deck with panoramic views of the entire fairground and the city beyond.

The fairground itself was growing too. By the late ‘60s, the section for so-called office industry had grown beyond the existing facilities’ capacity. To house it, Hannover Messe thought biggest. In 1970, they completed construction of what was then the largest exhibition hall in the world: Halle 1: CeBIT (Centrum für Büro- und Informationstechnik). The name CeBIT, then, reflected the IT-focused part of the fair housed in Halle 1.

By 1986, CeBIT had outgrown not only Halle 1, but halls 2, 18, 3, and finally Hannover Messe itself. That year it branched off, becoming a fair dedicated solely to IT, held a month before the original Hannover Messe. Over the next two decades, CeBIT would become the world’s point of introduction to numerous new technologies, and the largest IT fair in the world. Attendance peaked in 2001 with 830000 visitors.

Hannover Messe to the world, and to the future

By 1980, industry around the world was more interconnected than ever—and there was no sign that this would stop. To facilitate international cooperation, Hannover Messe introduced its partner countries initiative, inviting Brazil to present that year. Every year since, one country has presented their products, culture, and technology to the world at Hannover Messe. Portugal is the Hannover Messe 2022 partner country.

Not satisfied with reaching every corner of the earth, the Messe also reaches for the future. To this end, in 2004, they introduced the Hermes award for achievements in innovation. Each year, a panel of industrial technology experts selects one participant who has presented a solution that demonstrates not only a high degree of technological innovation, but benefits for industry, the environment, and society; cost-effectiveness; and readiness for implementation. The prize includes a 100000 Euro reward, making it one of the richest technology prizes in the world.

Since then, Hannover Messe has lived up to the spirit of that award by featuring leading-edge developments. The Messe is, for example, arguably the cradle of the fourth industrial revolution. In 2011, members of the Forschungsunion Wirtschaft – Wissenschaft (Research Union for Economy and Science) introduced Industry 4.0 and the Internet of Things at the conference. The Messe made Industry 4.0 and IoT themes of later fairs, in 2013 and 2014 respectively. They also took the lead in hosting an online version of the fair—a feat which prepared them for the inevitable closure of in-person events in 2020 and 2021.

In 2022, it’s been 75 years since Hannover Messe’s inception. It’s come a long way from the Fischbrötchenmesse. Each year, it hosts 1400 events and 1500 international speakers. It attracts hundreds of thousands of exhibitors, visitors, journalists, and politicians. Two-thirds of these are decision makers; a third have firm investment plans. They make millions of business connections that span the globe.

We're going to be there. And we want you to come too. Register here and get your free tickets to Hannover Messe 2022. We'll see you there! 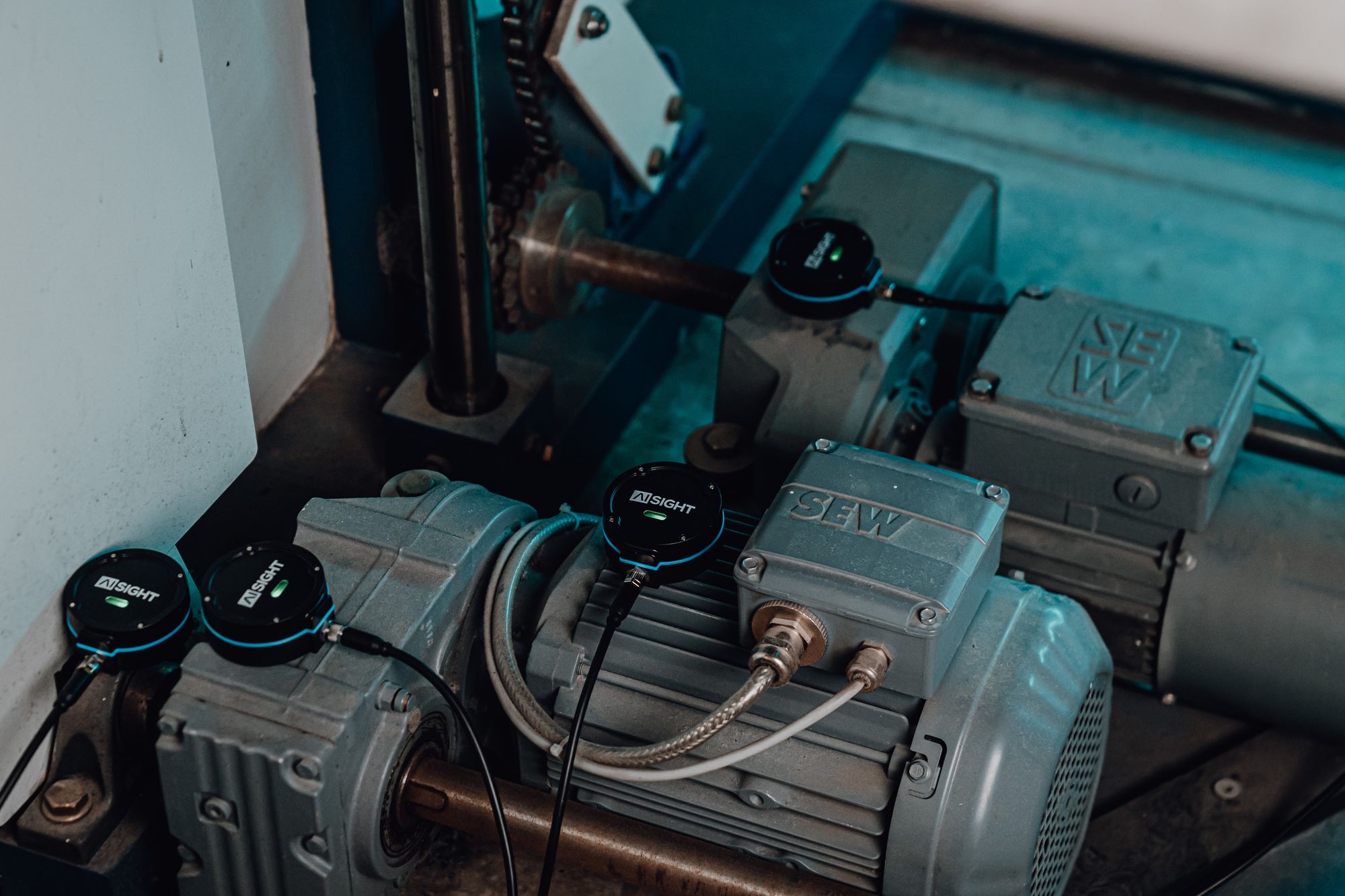 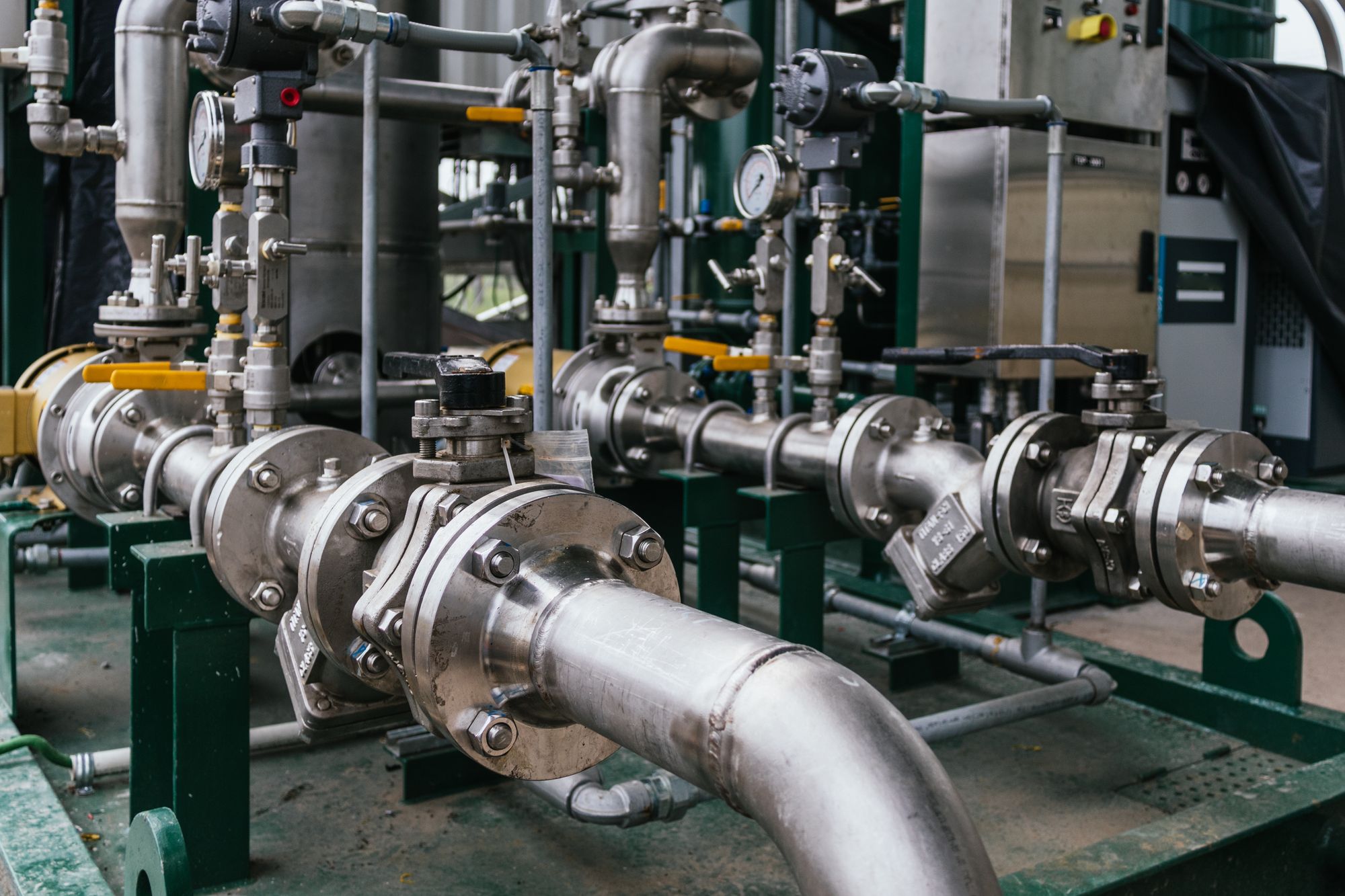